This event has now passed.

Urbanism in Focus was a one day event organised in collaboration with Leicester Urban Observatory and LCB Depot’s Design Season. Academics and professionals came together to share ideas and discuss Urbanism with different communities in Leicester. Four sessions were organised as follows: 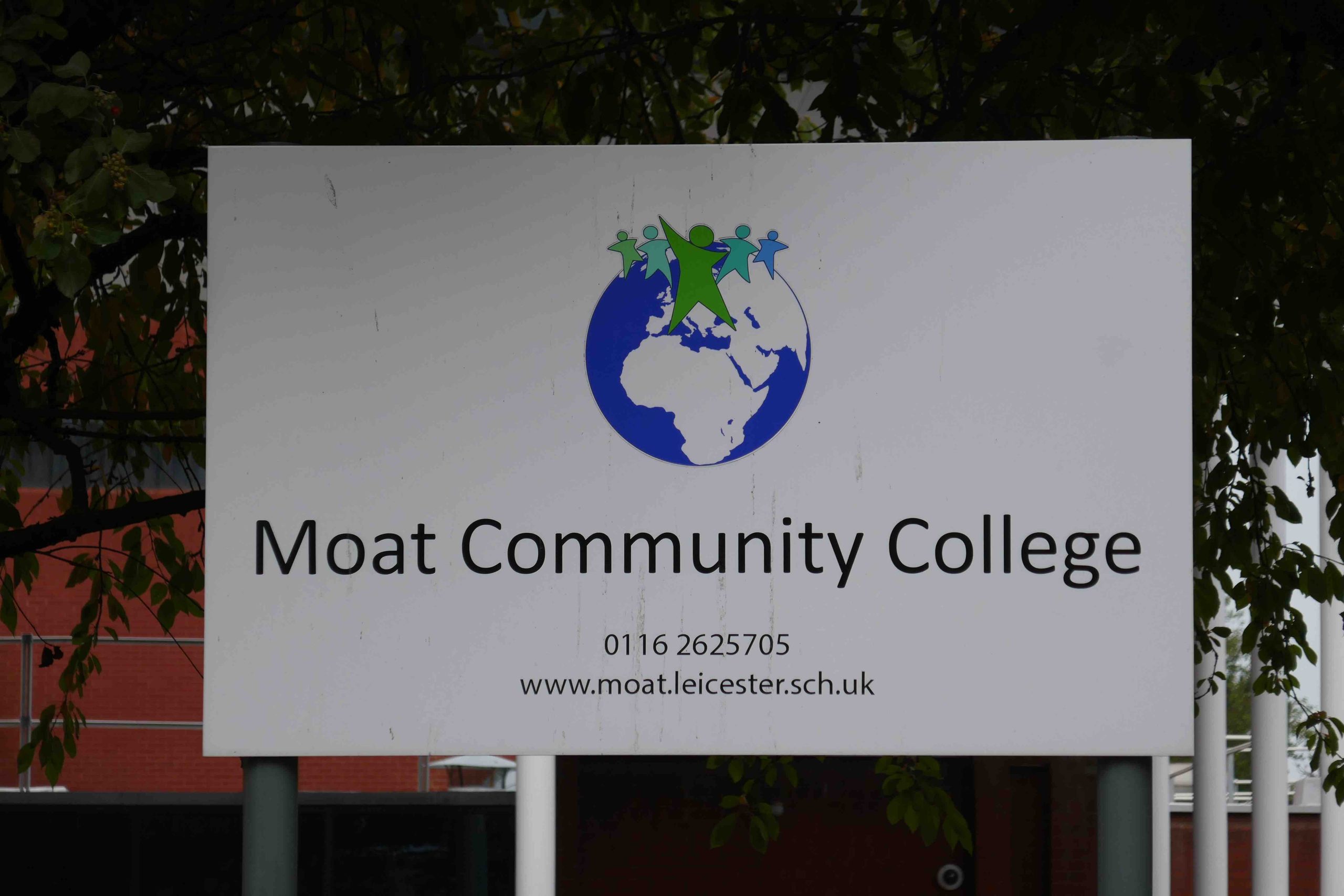 The day began with a session for 40 year 9 and year 10 pupils (13–15 year olds) who were studying Geography at Moat Community College in the inner city of Leicester. The session was introduced by Head of Geography, David Hill, and was comprised of a short presentation by Robert Harland (Loughborough University) and Justin Webber (Leicester City Council) introducing Urbanism, followed by a quiz that encouraged pupils to identify landmarks in major world cities as well as local urban details in Leicester. See Figure 1 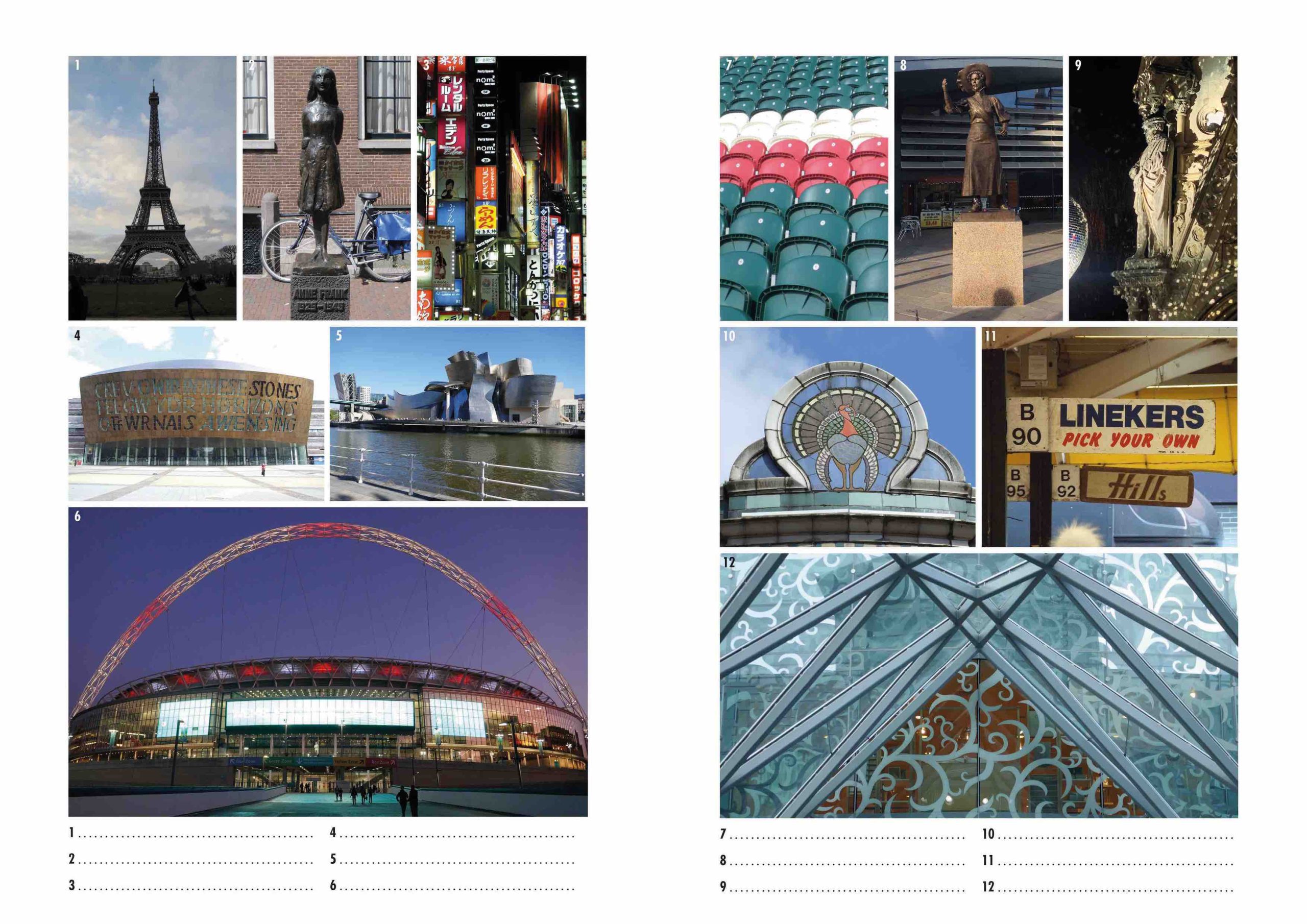 This session invited participants to bring and eat a lunch that held meaning for them as a way to reflect on their heritage, family and lived experience. This could include places to eat or food from other countries. After a short introduction presentation, discussion with Architecture students from De Montfort University discussed the ways migrant communities represent themselves on the high street fascias through graphic images that represent their cultural identity. See Figure 2 and 3. 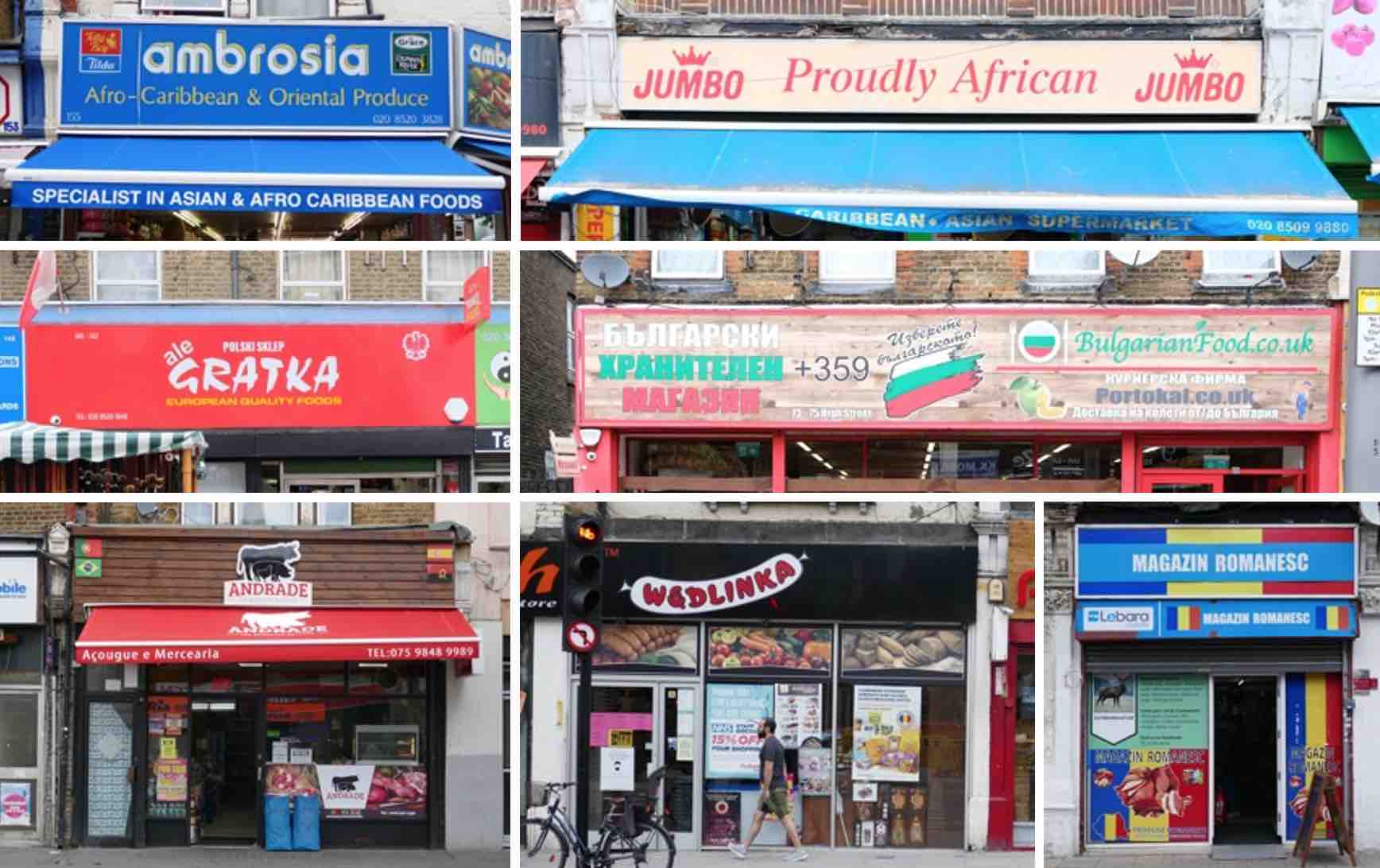 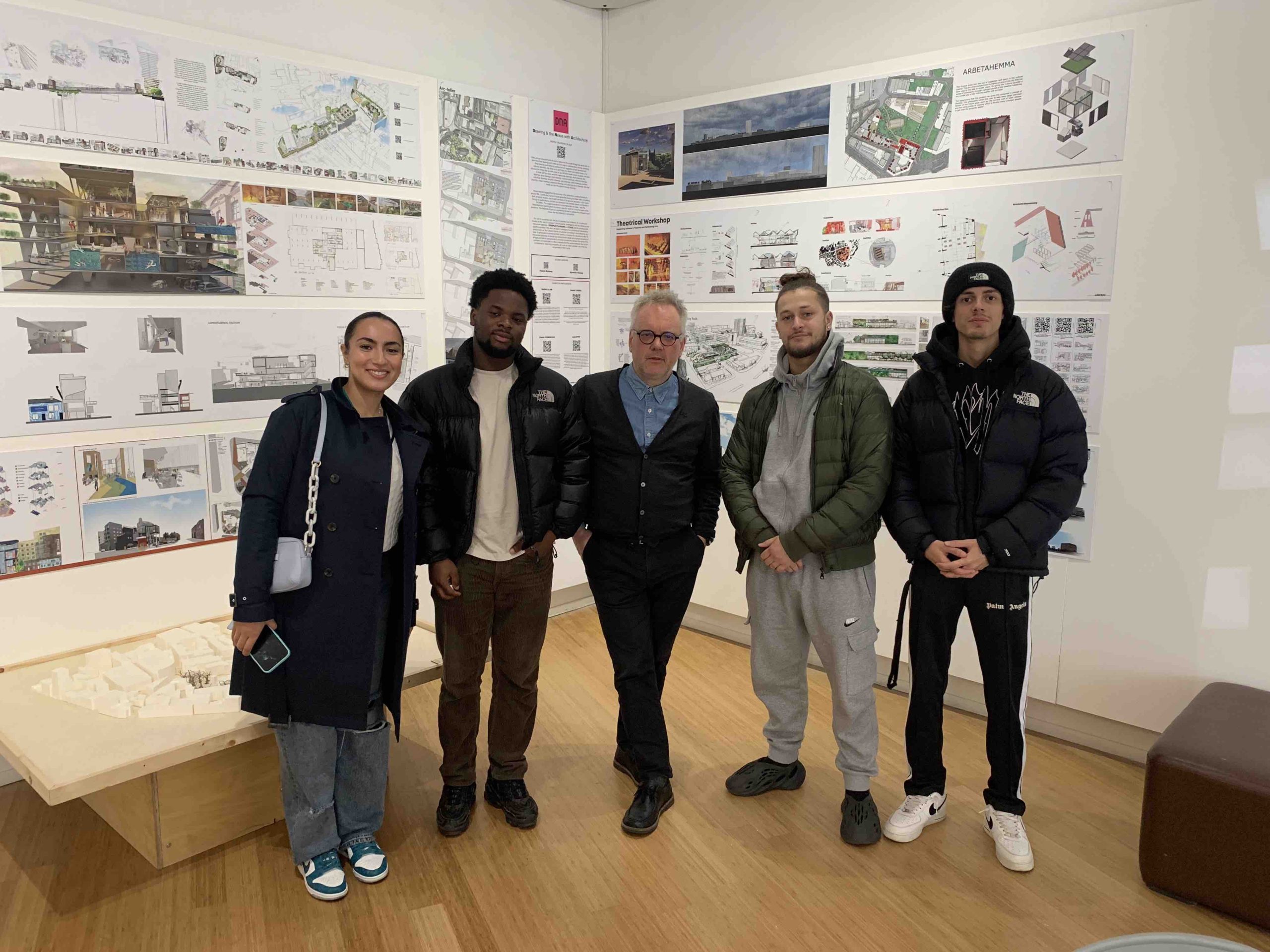 Figure 3: Architecture students from De Montfort University in front of a display of their work in Leicester. (Photography: Robert Harland, 2021)

18:00–20:00 · Urbanism in Focus: A public debate between built environment specialists on how we live together and interact in and around Cities – Public session, led by Grant Butterworth

This evening session concluded the day with a discussion between ‘urban practitioners’ and an audience of 20 people. Issues for debate included:

—Notions of what makes a place more or less urban;

—The proliferation of sustainable urban extensions; 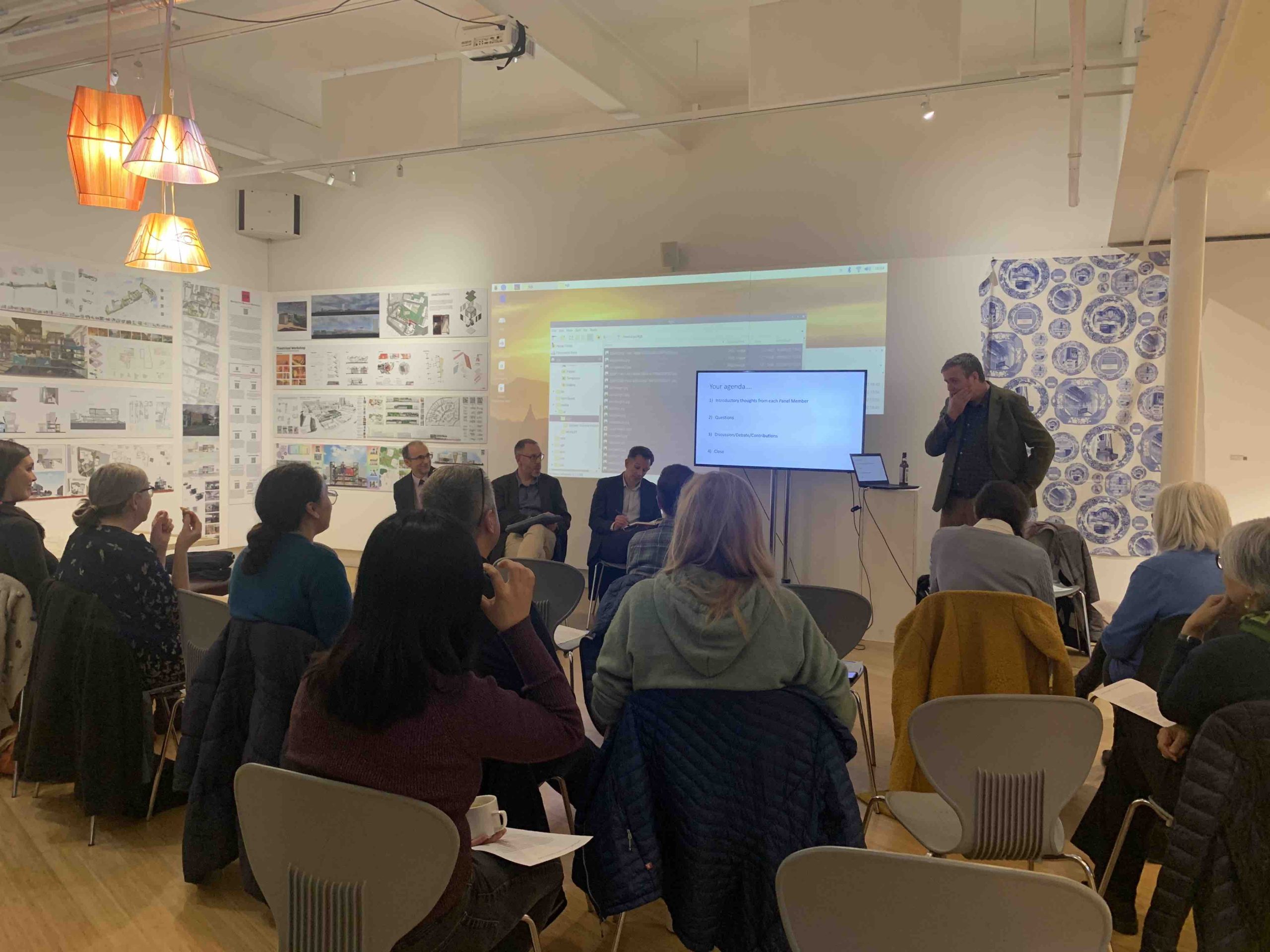 Michael Hopkins is a Principal Planner in the Local Plans Team at Charnwood Borough Council.  Before working in local government he was a researcher in urban morphology at Birmingham University. He will provide a perspective on Urbanism reflecting on the relationship between Leicester, Leicestershire and Charnwood. He is interested in Urbanism as an emergent phenomenon linked to the parts and wholes that make up built form (bricks – walls – dwellings – street/neighbourhood – settlement) and the importance of difference and connections in its creation. He will explore  relationship of Leicester as the central city with Loughborough and the Soar Valley villages and how urban or not they are in terms of form and function.

Dave Singleton was originally a geographer and surveyor from the East Midlands. He stopped making maps and moved into landscape architecture some thirty years ago.  Latterly he has dabbled in urban design.  And even urbanism.  He set up DSA Environment + Design in Nottingham 2005.  DSA is currently working on a number of public realm projects including in Sheffield, Rotherham, Grimsby and a redesign of Maid Marian Way in Nottingham as well as several large housing schemes and healthcare settings.   Dave will introduce a perspective on Urbanism from the Landscape architect’s point of view. Dave teaches at Nottingham Trent University and University of Nottingham.  He is an author of Building for a Healthy Life and a Fellow of the Royal Geographical Society.   His interest centres on how people engage with place, in particular the role of blue-green infrastructure in making places, and what this might mean for the health of people, creatures and the natural environment upon which these depend.  Dave considers Urbanism to be the study of people’s interaction with an urban (that’s to say in contrast to rural) environment.

Nils Feldmann set up Feldmann Architects after twenty years of working as a registered architect in London, Hamburg and Nottingham. Nils is currently the co-chair of the RIBA East Midlands region and a co-chair of the Design Review Panel for Design:Midlands. His portfolio includes architecture, urban design and interiors with an emphasis on offices and housing for commercial and private clients.